F, b. 4 May 1674
Hannah was born on 4 May 1674 at Killingworth, Connecticut.1 She was the daughter of Samuel Buell and Deborah Griswold.

F, b. 22 August 1682
Mehitable was born on 22 August 1682 at Killingworth, Connecticut.1 She was the daughter of Samuel Buell and Deborah Griswold.

M, b. 1686
Benjamin was born in 1686 at Killingworth, Connecticut.1 He was the son of Samuel Buell and Deborah Griswold.

William Buell, or Bewelle, or Beville, of Dorchester, Mass. and Windsor, Conn., was born at Chesterton, in Huntingdonshire, England; and emigrated to America about 1630. He settled first at Dorchester, MA and thence removed to Windsor, CT., about 1635, where he died.


William Buell, Sr., was in the first land division in Windsor. In his Will he gave all his tools to his two sons, Samuel and Peter and gave his daughter, Mary Mills, 5 lbs. more than any of his other daughters.


William gave his son Peter the land given him by Windsor, and half of his tools and the other half to Samuel.


In October, 1650, John Hazel, Edward Smith and his wife, Obadiah Holmes, Joseph Terry and his wife, the wife of James Mann, William Buell and his wife, were indicted for continuing their meeting from house to house on the Lord's Day, contrary to the order of the court; but it does not appear that any punishment was inflicted.


William Buell was one of those Religious enthusiasts known in Old and New England as Puritans, of Whom Russell wrote that they were "the most remarkable body of men the world has ever produced." They came out from Society and the Churches, became dissenters, non-conformists and recusants, inasmuch as they refused to subscribe longer to the tenets either of the Church of England or the Pope of Rome.


The Puritans, as a body, went further back than Christ in the World's History for guidance in their worldly and Religious affairs. They adopted the Hebrew ethics and faith, inasmuch as they were men whose minds derived a peculiar character from the daily contemplation of superior beings and eternal interests.


Not content with acknowledging in general an overruling Providence, they habitually ascribed every event to the will of the Supreme Being, for whose power nothing was to vast, for whose inspection nothing too minute. To know Him-to serve Him-to enjoy Him, was with them the great end of existence.


They rejected with contempt the ceremonious homage which other sects substituted for the homage of the soul. On the rich and the eloquent-on nobles and priests, they looked down with disdain, for they esteemed themselves rich in a more precious treasure, and eloquent in a more sublime language. Novles by the right of an earlier creation, and Priests by the imposition of a Mightier Hand.


William Buell was a man of some considerable position in society-a man of property and of good personal character in a community in which almost all of that character soon became members of the Church. May not his previous connection with the Baptists furnish some explanation of this, after giving the particulars of William Buell's family.

History of The Buell Family in England and America by Albert Welles
. William was born circa 1610 at Chesterton, county Huntingdonshire, England.1 He was the son of Goode. William immigrated to Dorchester, Massachusetts circa 1630.1 He married Mary Post or Thomas ? on 18 November 1640 at Windsor, Connecticut.2,3 William died on 23 November 1681 at Windsor, Connecticut.1

Children of William Buell and Mary Post or Thomas ?

Children of Mary Post or Thomas ? and William Buell

F
Mary Scudder was the daughter of John Scudder and Hannah NN----. Mary died. Her body was interred on 3 December 1649 at Barnstable, Barnstable, Massachusetts.1 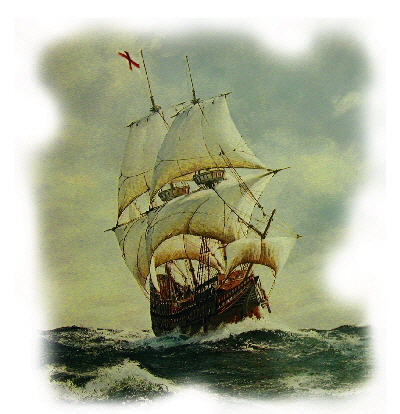 Joseph Rogers married Hannah. Although she may not have been his only wife or even the mother of his children, the name Hannah was used repeatedly in subsequent generations, making her position as mother, grandmother, etc., very likely.


Joseph came to Plymouth with his father on the Mayflower in 1620 when he was ten or twelve years old. Many branches of the Rogers family hold the tradition that Gov. Bradford took Joseph into his home after Thomas died in the winter of 1620/1. Joseph became a freeman in 1633 and received permission in 1635 to operate a ferry across the Jones River. In 1636 he was first noted as serving on a jury. Joseph was granted 30 acres of land in 1638 and became a constable of Duxbury in 1639. He and his brother John were each granted 50 acres of upland in 1640.


Joseph seems to have moved to Eastham, then known as Nauset, around 1647. In June of that year he was made a lieutenant, with the duty of exercising the men at arms there. He apparently lived briefly in Sandwich in the early 1650's. He served on the council of war during 1658, was freed from his lieutenancy in 1661 but reestablished in 1664. In 1670 he was a selectman in Eastham.


"I Joseph Rogers senior: of Eastham of Good understanding and perfect memory being weake in body; and not knowing the the day of my departure out of this life, doe thinke meet to Leave this as my Last will and Testament.


Impr: I Commend my soule to God that Gave it: whoe is my God, and father in Jesus Christ, and my body to the earth by decent buriall;

firstly and concerning my temporall estate that God hath possessed me off; I doe make my son Thomas Rogers whole and sole executor which I will should be disposed of as followeth:

Impr I doe Give unto my Loveing Son James Rogers and his heires Lawfully begotten of his body: or the next of kinn; my house and housing and Land with fences or the like appurtenances, that I now dwell in and Improve adjoining to my house be it more or lesse; as it is Recorded and bounded on the Towne book, I say I doe give it to him to his heires lawfully begotten of his body forever or the next kindred.

Item I doe give to my sonnes John and James Rogers all my meadow ground that I bought of the Indians Francis and Josiah, lying att Pottammacutt and therabouts; I say I doe give and will it to them and theire heires forever equally to be divided.

I doe give to my Daughter Elizabeth Higgens the wife of Jonathan Higgens six acrees of Land lying neare the Barly neck, by a swamp called Ceader Swamp; as it is recorded and bounded in the Towne book, I say I give this six acrees to her and her heires of her body for ever; shee nor they shall not sell hier farm it out, directly nor indirectly to any person whatsoever, execept in case of removall it shall be lawfull for my sonnes or theire heires to buy or purchase it;

Item I give to Benjah Higgens my grandchild on condition hee live with mee until I die; I say I give to him and his heires, one third parte of all my upland and meadow att Paomett, purchased and unpurchased.

Item it is my will that the remainder of my lands or marshes, both att the barly necke, Pochett Iland Paomett Billingsgate or elswher purchased or unpurchased not disposed of particularly in my will; I say it is my will that all those lands be equally divided betwixt my three sonnes Thomas, John and James Rogers; and the heires lawfully of theire bodyes for ever; noteing that my son Thomas his twenty acrees of upland that already hee hath in the barly necke ber parte of his division of my land in the barly necke;

Item I doe give unto my daughter Hannah Rogers, if shee be not disposed of in marriage before my decease, and my wifes decease, then I day I doe give to her my bed and beding with all the furniture therto belonging or that shall belonge therto att our decease;

Alsoe it is my will that shee shall have her choise of one cow before my cattle be distributed, and use of three acrees of Tillage ground, fenced in, with the arable ground of her bretheren in the barly necke if shee desires, it soe long as shee lives unmarryed;

Item I will that ten shillings of my estate be disposed off for the use of the Church of Christ in Eastham as shall be Judged most nessesarie.

Item I will that the remainder of my stocke estate houshold furniture that my wife shall leave att her decease not disposed of in my will before written; be equally divided between all my children; and Benjah Higgens to have an equall share with each of them; this is my last will and testament as witnes my hand and seale this 2nd of January 1677."


Joseph's inventory was taken 15 Jan. 1677/8 and the will was probated 5 Mar. 1677/8. Depositions of Jonathan Sparrow and Samuel Berry show that the grandson called Benjah Higgens in the will was also know as Beriah Higgens. Son Thomas Rogers died before completing the settlement of the estate and so Capt. Sparrow and remaining son John Rogers were impowered to handle the settlement. 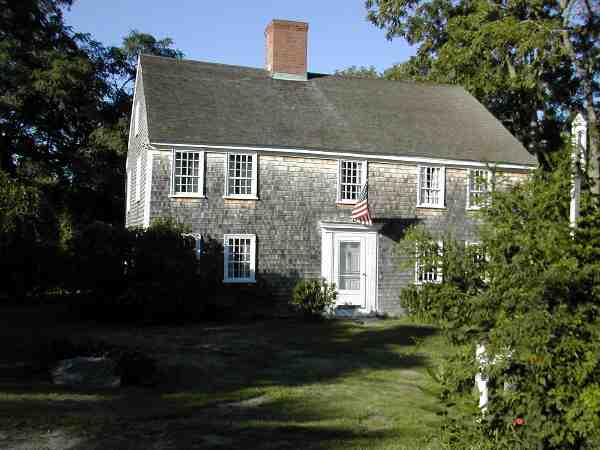