While the history of the Warren family in Europe is not complete in every detail, there are certain facts of interest which seem to be fairly authentic. There is no doubt that the name dates back to the early history of France and England and has been born by some of their most illustrious sons. Good authority also exists for believing that members of this family have formed alliances through marriage with ruling houses of both of these countries.


This family name comes doubtless from the Latin word Guarenna or Varenna, of which the primary sense is to stop, hold or repel, to guard or keep off. This word in Norman French became Guarenne or Varenne and is sometimes written Guaren or Guarin in old documents. It is likewise found in English as Warren, Warrene, Waren, Warrin, Warin, or Waring. The name Varneene was given both to a river in the County of Calais, Normandy and to the country bordering on this stream. This region, while not large in area, apparently was of sufficient political importance in the 11th century to bring to its processor the title of Earl or Count.


The first to bear this title was William de St. Martins, so called from his birthplace, who received the fief of Varenne from Duke William II of Normandy. He lived in the 11th century and was without doubt a descendant from the stock of the Danish invaders. There is considerable data extant, though unfortunately much of it is legendary, which would connect him directly with the warrior chieftain of the Northmen, Rolf or Rollo, who force from King Charles III of France the grant of the northern section of that country, then called Neustria. The new owners changed the name to Normandy and their leader became the first Duke of Normandy. It is from this dual lineage that the first Earl of Warren, or Comte de Guaren or Varrenne, is said to have sprung. History bears eloquent testimony that he was a worthy recipient of this new title, as he served his sovereign nobly at home and abroad.


The first mention of this name in English history is in connection with the Battle of Hastings, fought in 1066. In this conflict one of Duke William's most trusted lieutenants was Comte de Guaren, or the 2nd Earl Warren. He must have been in high favor at court, for he later became the husband of Gundred, the daughter of the Conqueror in whose train he had come to England. At Domesday, he received 298 manors as his share of the kingdom for the part played in the victories of Hastings and Ely and was rated as the richest subject in England. In 1073 he was appointed one of the Grand Judiciaries of England and was created Early of Surrey by William Rugus in 1088. Both he and his wife seem to have been of a generous disposition as they gave the money for the establishment, at Lewes in Sussex County, of one of the most magnificent Priories in England, and assisted liberally the other churches and monasteries in the counties subject to them. Their last years were passed in the principal castle at Lewes and they were buried in the Chapter House of the Priory which they had endowed.


The line of nobility thus established existed with distinction until the reign of Edward III when the estates and title were surrendered to the crown by John, 8th Earl Warren, who died without male issue in 1347. The King made grants of the lands thus surrendered but took no notice of the title. In fact it was not until more than a century later that the title was again used, being conferred upon the son of the Duke of Norfolk who was created Earl of Warren and Surrey by Henry VI. As he left no male issue the title reverted to the crown. It was not conferred again until 1476, when Richard, Duke of York, son-in-law of the previous holder, was created by Edward VI Duke of Norfolk and Earl of Warren. He also died without male issue and the earldom became once more unenjoyed. It has not been granted to anyone since and, therefore, is extinct, though the title Earl of Surrey is a possession of the noble family of Howard. Through marriage the Warren family was later allied with the houses of Wirmgay and Poynton. From this latter branch came the William Warren who settled in Caunton, Notts Co., England, in the 15th century and was (probably) an ancestor of Arthur Warren who emigrated to America about 1635. Though this last statement is not established beyond question, yet Joch C. Warren, Esq,of Nottingham, Eng., who has made a study of this family, writes as follows: "One notable thing is that Arthur was not a common Warren name. Indeed I cannot find it used in old days among any branch of the family except the Leicester and Notts Warrens.


The physiognomy of various descendants of Arthur Warren clearly showed traces of a French Ancestry.


Arthur Warren undoubtedly emigrated from England to New England about 1635, though diligent and repeated efforts have failed to discover the date and place of his birth or the exact time when he came to this country. However, it is known that he settled in Weymouth, Ma. Bay Colony, before 1638. In that year he married Mary _____. At the Quarter Court held in Boston December 7, 1641 he was a witness in the case against Walthian Richards. In the list of the real estate owned by the various proprietors of the plantation of Weymouth, made between Oct. 26, 1642 and May 21, 1644 "the land of Arthure Warren" is described as follows: "Tenn acres of upland and swamp, first fiven to himselfe, bounded on the East with Mr. Gloveres marsh, on the west and south with Mr. Barnardes land, on the north by the sea. "Tenn acres in the Mill-field, given to himselfe, bounded on the east and south with Hingham line, on the north with the land of Walter Harris, the common on the west." In 1645, Arthur Waring joined with about 20 members of the church in Braintree in a petition to the General Court of Massachusetts Bay Colony "for a grant of the Narragansett lands supposed to have been rendered forfeit by the heresy of Gorton, Holden and the others, just proprietors. At a meeting of the Townsmen certain lands be divided.
. Arthur immigrated to (an unknown value) circa 1635. He married Mary NN---- before 1639 at Weymouth, Norfolk County, Massachusetts.2,3 Arthur died on 6 July 1658.

He was a surveyor.
The first notice of Richard Hildreth (or Hildrick, Heildrich, Heildrith, as the name is variously spelt in the old colonial records) is his admission, 10 May 1643 (that is, within fifteen years after the grant of the Massachusetts charter, and when he was himself thirty-five years old), as a freeman of the colony of Massachusetts Bay. How much earlier he had emigrated to the colony does not appear. It seems probable that he settled first at Woburn, about ten miles north west of Boston, which first became a separate town in 1642, having till then constituted the upper or inland part of Charlestown. At least his name appears among several inhabitants of Woburn and of Concord, as one of the petitioners to the General Court of Massachusetts Bay for a new township to be granted to them on the south bank of the Merrimac and the west bank of the Musketuguid or Concord rivers, at the junction of which, as the petioners allege, "they do find a comfortable place to accommodate a company of God's people upon." This township was accordingly granted, settled, and organized, in 1654, under the name of Chelmsford; including not only the present territory bearing that name, but the neighboring town of Westford, and also what is now the city of Lowell, or, at least, that main part of it west of the Concord river. This petition with the namees of the signers, may be found at length in Allen's "History of Chelmsford."

It appears by the records of the town of Chelmsford, but which are no longer in perfect state, that Richard Hildreth received grants of eight separate lots of land, amounting, in the whole, to one hundred and five acres, fo which seventy-seven were upland and twenty-eight meadow, quite a fair allotment, according to the frugal usages of those times. However, he was not entirely satisfied, as for an additional grant, touching which following entry is found on the records fo the year 1664: "In answer to the petition of Richard Hildreth of Chelmsford, humbly craving the favor of this Court to consider his necessitous condition, and grant him some land, this court judgeth it meet to grant him one hundred and fifty acres of upland and meadow, when it may converiently be found not prejudicial to any other plantation;" and, by an entry in 1669, it appears that this land was laid out, bounded with Concord lines on the south east by Captain Daniel Gookin's farm northerly, and by the wilderness surrounding.

Richard Hildreth lies buried in the ancient grave-yard of Chelmsford, three or four miles from the city of Lowell.

Thomas was born in 1623.2,3 He was the son of Robert Burnham and Mary Andrews.
Thomas, probably brother to John, was with him a soldier in an expedition to the Indians in 1643. Had privilege of commonage granted to him, February 1667. Granted liberty to set a saw mill upon Chebacco river, May, 1667. Corp'll Thomas, surveyor of highways, 1662, selectman, 1663, serg't 1669.

His will dated 10 January 1694, being aged and infirmed; probated 29 September 1694; had formerly fiven to sons Thomas, John and James; gives to his six daughters, Mary, Johannah, Abigail, Ruth, Sarah and Hester what his wife had desired; residue to wife Mary.
He married Mary (Marie) Lawrence circa 1645.4,5,6 Thomas died in June 1694 at Ipswich, Essex County, Massachusetts.7 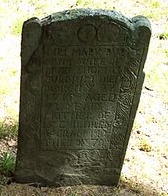 Robert died. Robert was born in 1581 at Norwich, county Norfolk, England.1 He married Mary Andrews in 1608.

Mary was born.1 She married Robert Burnham in 1608. 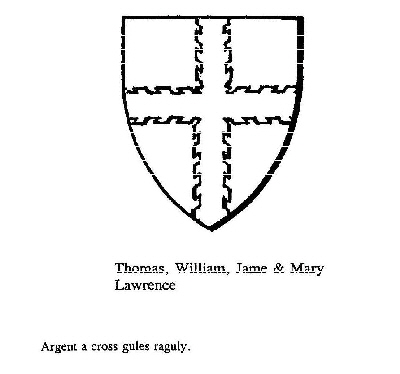 
Thomas Lawrence died intestate. On 21 March 1624/5, administration on the goods of Thomas Lawrence of St. Albans was granted to Joan Lawrence, his relict. The final sheet of her accounting, presented in 1627, lists his children as John, Thomas, William, Jane, and Marye." 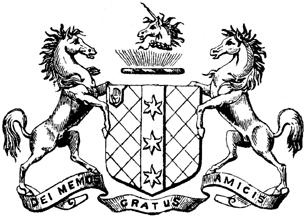 2 April 1635 was among the passengers of the Planter bound for New England, having brought Certificate from the Minister of St. Albans in Hertfordshire, and attestacon from the Justices of peace according to the Lords order.


Settled at Ipswich; John Tuttle proprietor 1635; from March 13, 1638/9; deputy 1643. Shipped goods to Barbadoes in 1650, in account with London parties; Joan signing invoices. During his absence in Ireland in 1654, Joan renewed a lease of land to Richard Shatswell. Joan went to Carrick Fergus, Ireland, where John died, as she wrote 6 April 1657, she refers to his will and to her Lawrence and Tuttell Children.

William was born.1 He was the son of William Bourne and Margaret Ryse. He married Mary Morris at Greensted, England.1 William died in 1607 at Devonshire, England.1

She married William Bourne at Greensted, England.1 Mary was born.1

M
John was born.2 He was the son of Robert Burnham and Mary Andrews. John died at Ipswich, Essex County, Massachusetts.

M
Robert was born.1 He was the son of Robert Burnham and Mary Andrews.

William was born.1 He was the son of John Bourne and Margaret NN----. He married Margaret Ryse.1 William died in 1581 at Devonshire, England.1

She married William Bourne.1 Margaret was born at England.1

Ariston Vilette Mead was the daughter of Amasa Mead and Phebe Ashley.

Alonzo Ashley Mead was the son of Amasa Mead and Phebe Ashley.

Catharine Phebe Mead was the daughter of Amasa Mead and Phebe Ashley.