Olive died. Olive was born in 1750 at New Marlborough, Massachusetts.1 She was the daughter of Nehemiah Howe and Beulah Wheeler.

Phoebe died. Phoebe was born in 1752 at New Marlborough, Massachusetts.1 She was the daughter of Nehemiah Howe and Beulah Wheeler.

Beluah died. Beluah was born in 1754 at New Marlborough, Massachusetts.1 She was the daughter of Nehemiah Howe and Beulah Wheeler.

Peter died. Peter was born in 1763 at New Marlborough, Massachusetts.1 He was the son of Nehemiah Howe and Beulah Wheeler.

Candis died. Candis was born in 1758 at New Marlborough, Massachusetts.1 She was the daughter of Nehemiah Howe and Beulah Wheeler.

John died. John was born in 1763 at New Marlborough, Massachusetts.1 He was the son of Nehemiah Howe and Beulah Wheeler.

Joel died. Joel was born in 1765 at New Marlborough, Massachusetts.1 He was the son of Nehemiah Howe and Beulah Wheeler. 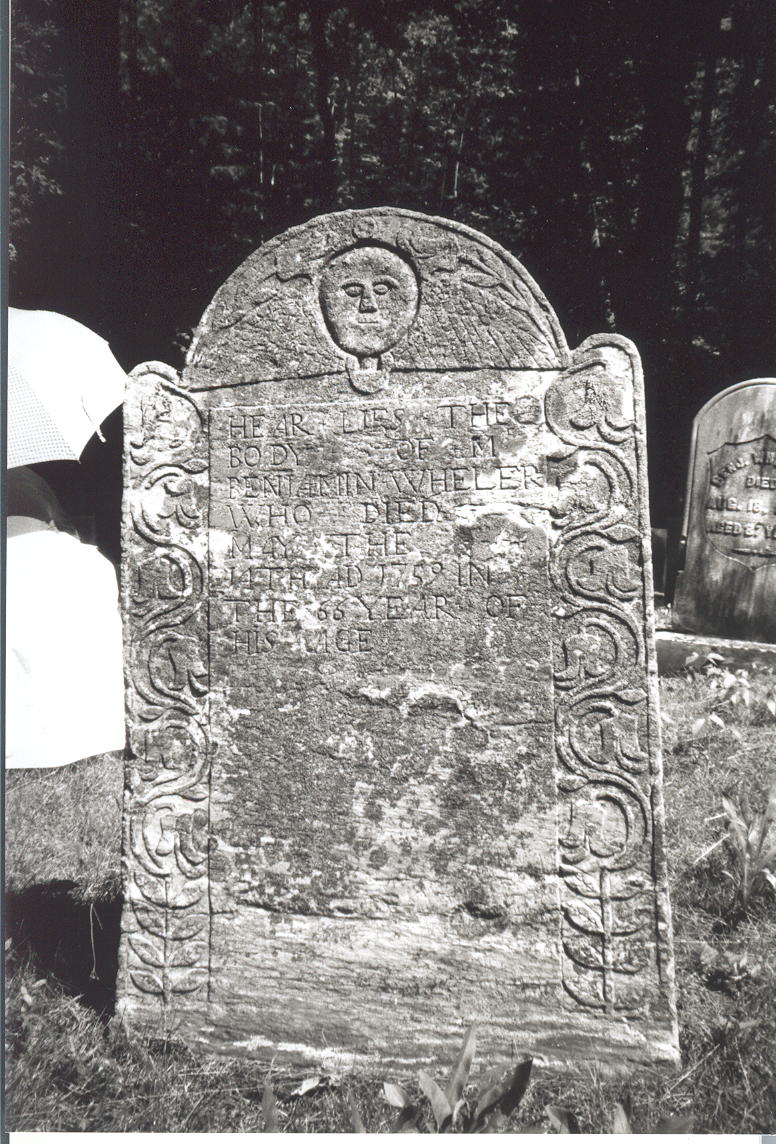 Benjamin was the first settler of New Marlborough in the winter of 1739/40, having lived in Lancaster after his marriage and moved to Bolton between 1725 and 1732. He executed his last deed of Bolton land on 20 Nov. 1741, witnessed by Zenas Wheeler and Hannah Wheeler. In 1747 and on 19 Feb. 1759, he deeded land in New Marlborough the latter witnessed by Nehemiah Howe and Zenas Wheeler, presumably his son-in-law and son.


He left no probate records, but on 15 May 1760 his land was divided among his heirs: Hannah Wheeler, widow; Zenas Wheeler; Joshua Fosket and wife Hannah; Nehemiah Howe and wife Beulah; David Smith and wife Consolation; all of New Marlborough. 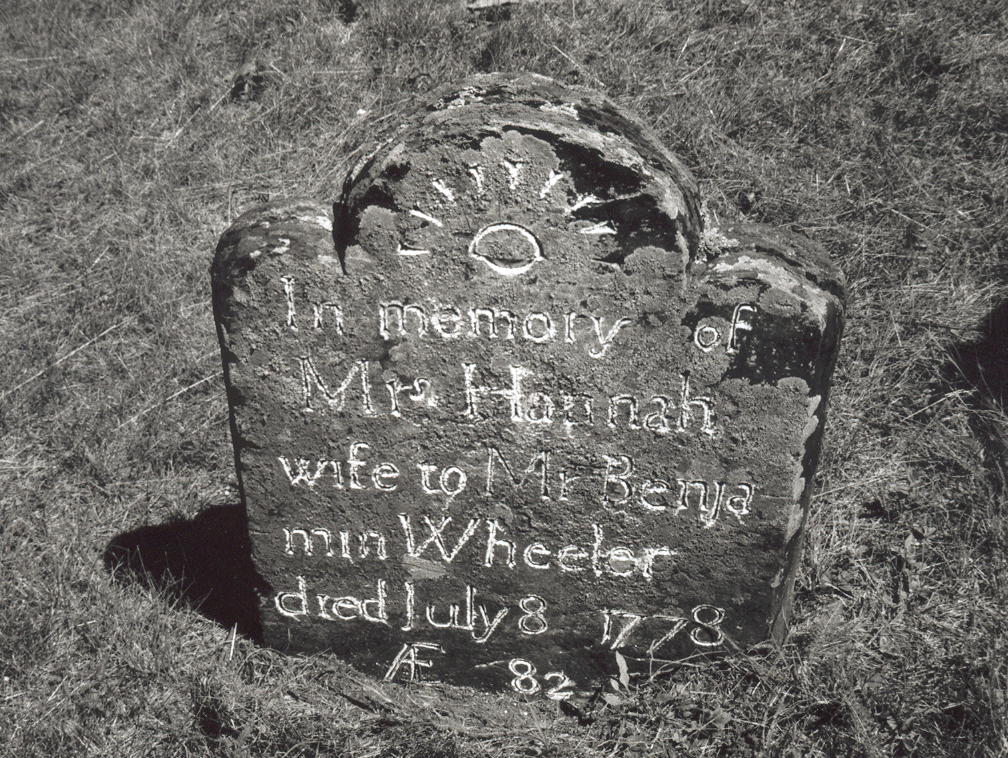 She married Benjamin Wheeler before 1717.1,2 Hannah died on 8 July 1778 at in Cemetery New Marlboro, Massachusetts.3 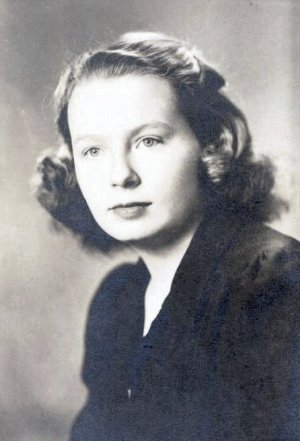 F, b. 28 April 1732
Consolation died. Consolation was born on 28 April 1732 at Bolton, Worcester, Massachusetts.1 She was the daughter of Benjamin Wheeler and Hannah NN----.

On 28 March 1712 Obadiah Wheeler Sr. of Concord sold land to his son Obadiah with his wife Elizabeth releasing her dower. They acknowledged the deed 10 March 1712. No other land or probate evidence has been found to connect them with their children, and no further mention has been found for Elizabeth and Obadiah in the following sources: land and probate records of Barnstable, Middlesex, Plymouth, Worcester or Suffolk Counties.

Elizabeth died. Elizabeth was born on 4 June 1652 at Scituate, Massachusetts.1 She was the daughter of Resolved White and Judith Vassall. She married Obidiah Wheeler on 17 July 1672 at Concord, Middlesex, Massachusetts.2,3

M, b. 22 October 1675
Josiah was born on 22 October 1675 at Concord, Middlesex, Massachusetts.1 He was the son of Obidiah Wheeler and Elizabeth White.

M, b. 9 April 1696
Joshua was born on 9 April 1696 at Concord, Middlesex, Massachusetts.1 He was the son of Obidiah Wheeler and Elizabeth White.

Obadiah Wheeler arrived in Concord with wife Susanna and George Wheeler (1st Cousin). Freeman 1641, he had land by Meadow Brook and also in the center of Concord. He probably came from Odell, England, as he was one of the original proprietors of Concord, and was made freeman there in 1641. He owned considerable property in and around Concord, and lived for a time, at least in the East Quarter of the Town. The name of his second wife has not been determined.

Resolved came to Plymouth in 1620 with his parents aboard the "Mayflower", and after 1632 moved to Marshfield with his mother and Stepfather. He resided in Scituate during the period when his children were born, 1640 to 1656. He and Judith and perhaps some of their children, travelled to Barbados in 1656/7, presumably to aid in the settling of the estate of her father, for on 17 March 1656 "Resolved White of Scituate in New Plymouth in New England, gentleman and his wife Judith, daughter of William Vassall of this Island" deeded land in Barbados, a deed acknowledged on March 20th by "Resolved White's wife" and recorded at Barbados only four days later.


The family moved to Marshfield in 1662 and were still there in 1670 when Judith died. Resolved was in Salem from 1674 to at least 1682, being a freeman of Salem in 1680. He served in King Philip's War under Capt. Manning in 1676. He returned to Marshfield after the death of his second wife, for on 13 March 1684 "Resolved White of Marshfield" and sons Samuel and Josiah quickclaimed rights to an island in return for which grantee John Branch would maintain Resolved's eldest son, William. We assume Resolved was still living on 19 Sept 1687 when William quickclaimed his rights in the island to John mentioning the earlier deed of "my father Mr. Resolved White." There has been no proven evidence to support the claim of Pilgrim genealogist George E. Bowman that Resolved died between 1690 and 1694, nor the oft-found statement that he died in Salem.


It seems strange that there is no record of the death of Resloved, considering the fame of his brother Peregrine as the first white child born in New England; however no mention of his death has been found in records at the places where his kin were living late in the 1600's.


There are no probate records for Resolved or Judith White but the will of "Abigail White, wife of Mr. Resolved White of Salem dated 26 April 1682 and proved June 1682, mentions her former husband William Lord, his kinsman William Lord and the latter's children. She left to Resolved White my now husband, bed, bedding, chest and house furnishings.


A deed bearing the signature of Resolved White as witness was pictured in The Mayflower Descendant in 1915.
[RESOLVED WHITE TO WILLIAM WILLS*]
[p. 3]On 17 March, 1662, "Resolved White of Scittuate .... in america plantor", for £26, 10s., sold to "Willam Wills of Scinuate aforsaid plantor .... all that peece and pte of orchyard conteining two rowes and halfe way the next row of trees in breadth att the east end of the orchyard that formerly was mr Willam Vassalls; and alsoe one peece of land enclosed on the south and east with railes and abuteth on the said graunted orchyard one the west and on the cornfeild that now is in the posession of John Cushen on the north containing two acrees and an halfe more or lesse; with a garden formerly enclosed on the south side of the said feild; as also one other peece of land as it lyeth between the said feild and garden towards the north and the mersh that sometimes was Mr Willam Vassalls towards the south and abuteth on the lands that formerly was Mr Vassalls towards the west by a st eight line from the said rowes of trees as is before mentioned towards the mersh southward and abuteth on the land whih Mr Willam Vassall bought of Samuell Fuller on the [worn] and alsoe all that upland which lyeth on the east side of that peece of enclosed land before mentioned on the east side of the railes containing one road and an halfe in breadth all the length of the said railes with all the houses and edifices therupon builded which lands were pte of the lands of mr Willam Vassalls called bellhouse lands; and were given to mee Resolved White as appeers by a Deed of gift, bearing Date" ;14 October, 1646, "alsoe all that upland which Mr Willam Vassall bought or exchanged with Samuell Fuller aforsaid abuting abuting upon the forementioned graunted land on the west; and the mersh that was the said Willam Vassalls on the south and east and on the land that somtime was the land of Samuell Fullers on the north except and alwaies reserved of this sale unto mr Willam Vassall his heires and assignes for ever a good and sufficient way in the most convenientest throwout the afore mentioned bounded lands from the west t the east to fech and Drive Cattle Cart and Cary all manner of Carriages from the house and other the lands that was the
* Complete descuption printed.
Plymouth Colony Records of Deeds     107
house and lands of the said Willam Vassall unto and from the mershes that were the said Willam s lying on the east side of the said lands alsoe another pcell of upland being the one halfe of an Iland called beare Iland .... in Scittuate aforsaid being the southerly pte or halfe of the Iland being Devided from the Northerly halfe of the said Iland by a straight line crose the middle of the said Iland from west to east .... and the said Resolved White Doth .... graunt unto the said Willam Wills .... libertie of Ingresse egresse and regresse of passages from the house and lands heerby sould unto Willam Wills; and which was formerly given .... by my father in law mr Willam Vassall unto me the said Resolved unto the Dwelling house that was Mr Vassalls Called Belhouse by and through all the waies leading from the said house and lands unto belhouse and soe from thence through the lands that formerly were Willam Vassalls by and through all waies and passages comonly used and to bee used unto the highwaes beyond the said lands; and hee the said Willam Wills his heires [p. 4] heires and assignes and every of them to cart and carry all manor of Carriages ride Drive and lead all manor of Cattle as oft as they or either of them shall please; which privilidge was given and graunted by my fatherinlaw Mr Willam Vassell unto mee .... as appeers by a Deed of gift formerly expressed;"
James Torrey, Sr., and John Buck witnessed the deed, and "posession livery and season of the house and land within specifyed" was given in their presence, on the date of the deed.
On 25 September, 1663, "Judith the wife of Resolved White Did acknowlidge the sale abovementioned and Did resigne up her whole right and Interest in what is therin mentioned; before mee; Josias Winslow Asistant."
Resolved was born circa 1615 at Leyden, Holland [or England]. He was the son of William White and Susanna NN----. He was listed on a passenger list on 5 August 1620 at sailing on the "Mayflower". He married Judith Vassall on 8 April 1640 at Scituate or Marshfield, Massachusetts.1 He married Abigail NN---- on 5 October 1674 at Salem, Essex County, Massachusetts.2 Resolved died after 1687/88.2

Judith Vassall who came on the "Blessing" in 1635 married Resolved White, of the first Mayflower Company. In 1640 a grant of 100 acres of march and upland on the southeast side of Belle House Neck was made to White by order of the court. They reside on this tract until 1662, the year of the sale of the Vassall estate, and then removed to Marshfield, near his brother Peregrine, on the South River.